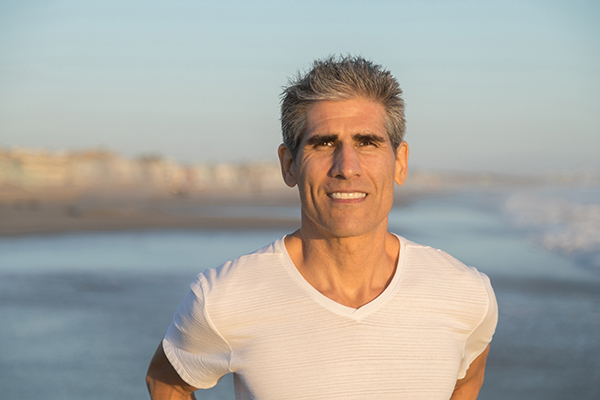 Angelo Divino grew up in a home where Popular music was always playing. As a young teen, he dreamt of singing like Robert Plant or Stevie Wonder, rather than the singers his parents idolized. Having a natural Lyric Baritone voice dashed his Tenor dreams and as time passed, he began to enjoy listening to singers like Frank Sinatra, Bobby Darin and Nat King Cole. This appreciation eventually led him and to sing lead vocals with the Rainbow Room Orchestra at Rockefeller Center and to perform at New York’s Triad Theatre, where he met Duke Ellington's sister, Ruth Ellington. Angelo's friendship with Ruth inspired him to write and perform "Lucky So and So," the only stage show to ever fully explore Duke's fascinating life story and musical legacy. On the heels of "Lucky So and So," Angelo wrote and performed "Let Me Be Frank," just in time to honor Sinatra's 2015 Centennial. Both shows earned rave reviews in Cabaret Scenes Magazine and "Let Me Be Frank" was performed for enthusiastic audiences, on both coasts. In Los Angeles, Angelo played an emotional "Mortecai," in Howlett Smith's original musical, "Esther." He also appeared as the special guest of Barbara Morrison at Catalina Bar and Grill in Hollywood, and performed with Barbara in shows at her Performing Arts Center.

Angelo recently performed his shows at the country’s longest running Cabaret room, "The Gardenia" and has sung at numerous Southern California venues, including "Twist" at The Hollywood Renaissance Hotel and "The Arthur Newman Theatre" in Palm Desert. In November 2017, Angelo happily released his first Jazz album, entitled "Love A to Z."